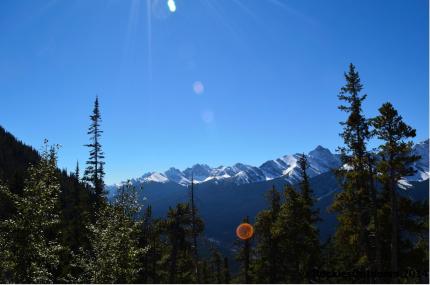 Fantastic views on the way up

I enjoy the views that you get from the top of Sulphur Mountain, but I’m not so keen on the crowds up top in the summer. I hiked it in early September this year – a few days after an early snowfall. Though most of the snow had melted, I still wasn’t entirely certain how much snow that there would be on the main trail up as it faces roughly east. Instead I decided to take the old Cosmic Ray Station Road due to it facing almost due west and I hoped that there would have been a greater chance for the snow to have melted on this route. 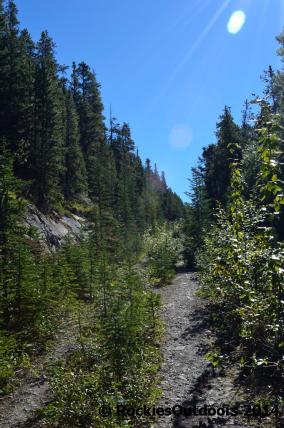 Once you’re on the old Cosmic Ray Station Road up Sulphur Mountain you just carry straight on up for quite a long while, it’s only when you near the top that there a few wide switchbacks. There are excellent views this way particularly over towards the Sunshine area of Banff. 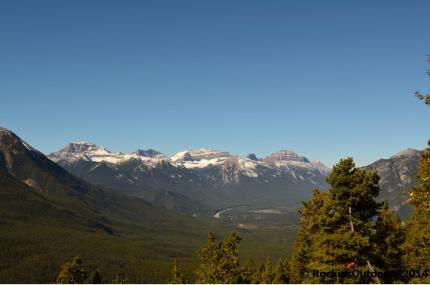 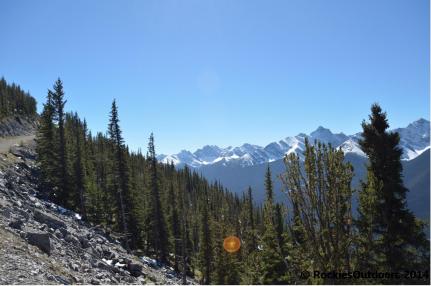 On the way up

The hike on this side was pretty quiet, we didn’t encounter anyone else coming up, though as we reached the top there were people enjoying picnics at the trail side just down from the board walks at the Sulphur Mountain Gondola. When you reach these board walks it’s a complete contrast of the quiet trail, though it is worth making the short hike to the weather station atop Sanson Peak. 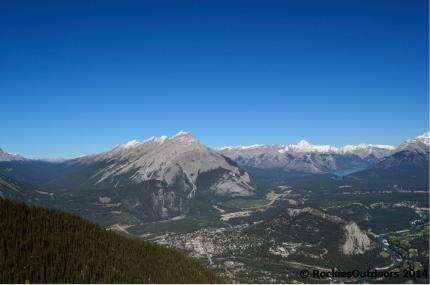 Cascade Mountain from the top of Sulphur Mountain

Spending a little time at the top was enough for us and we decided to make out way back down though this time taking the trail back down to the gondola base station. This part of the trail was a little muddier as it is more heavily used, but there were good views over to Mount Rundle. 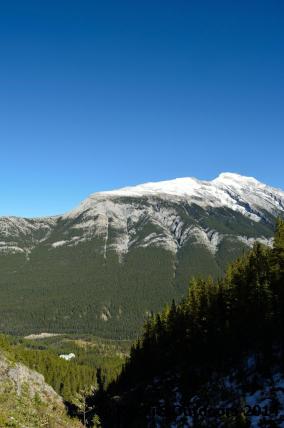 Once at the base station of the Sulphur Mountain Gondola, we took the trail down through the forest to the Banff Springs Hotel. There aren’t so many good views on this part of the trail as it is in the woods, but it was a relief to be out of the strong sunshine at the top of Sulphur Mountain.

Stopping briefly at Nesters at the Banff Springs for some ice creams we then made our way back down into town. If you want to return to the Cave and Basin National Historic Site, where I started this hike, you will need to follow right along Cave Avenue until you get to the Cave and Basin parking lot.

When I looked at the distance we covered, it was about 19 kilometres in total (just under 12 miles) with an elevation gain and loss of 850 metres (2790 feet). It took us about 7 hours including breaks, but we weren’t rushing, especially on the way up the Cosmic Ray Station Road.